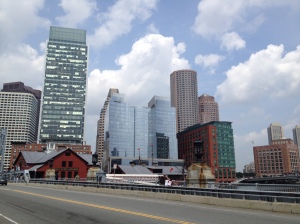 Reflections on my short trip to Boston:

Personal recommendations for places to visit:

Final Conclusion: Boston… I’ll be coming back for you someday. You absolutely took my heart away!

If you haven’t discovered TedTalks, it’s not too late for you. Go feed your brain at ted.com. You definitely won’t be sorry you followed my advice … this time!